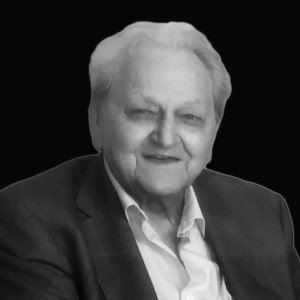 Pop’s Original Screamer Sauce started out as a small-town phenomenon, with aspirations of making it big. Pop’s Original began jarring its unique meat-based hot sauce in 2014 from a recipe passed onto them from family patriarch, Joseph R. Kleeman.  He worked hard his entire life and started selling vegetables at the age of 5. As he got older he advanced to a shoe shiner and a coal miner. He worked hard enough to not only provide for his family but to open several restaurants in the Schuylkill County Area.

We built up a reputation on the road for our fresh food and fresh spin on hamburgers, with burgers such as the Screaming Pig and the Fluffy Pig. These unique burgers led to Pop’s Original winning “Best Tasting Burger” at the Taste of Hamburg-er Festival in Hamburg, PA in 2015.

In 2016-2017, Pop’s Original had a full summer lineup of events and we continued to bring new endeavors as the Pop’s crew traveled to Wildwood, New Jersey, where we spread the coal region classic out of state for the first time with much success.

With 2017 nearing an end, the demand for Pop’s Original Screamer Sauce had only increased.  Workers began manufacturing our Screamer Sauce out of a USDA facility in Rochester, New York, to keep up with the demand.

We continue to expand our efforts to local businesses for retailing our sauce. We also have begun fundraising opportunities with local school districts.

Joseph “Pop” Kleeman passed away in January 2016, but his memory continues through his family of Anthony Kleeman, Jennifer and Tony Robert, Stephanie and Ray Kraynak, and John Shirmer, who work tirelessly to fulfill their father/grandfather’s legacy and make it to the top.